The quiz was organised by Mr. Balaji Sampath, CEO of AhaGuru (http://www.ahaguru.com), and conducted at three levels: school level, zonal level and the finals. The chief guest for the event was Shri Jayadev, the founder of the DAV school and Prof. Ramanujan, a math professor who is the monitoring committee of the NCERT.

More than 61 schools in Chennai took part in the event. The top 6 schools were selected for the finals to battle it out on the big stage. There were 30 questions in the finals in maths and science.
The boys from Sankara emerged victorious with 42.5 points followed by DAV Boys School with 30 points. “DAV had an edge over us, but in the final round, we overtook off. It was an intense thriller, but finally it went in our favour,” says Girish, one of the winners.

The winning team received prize worth Rs. 20,000, that included books and study materials. “It was a great experience for us and the competition was well organized. We feel happy that we could win and bring pride to our school,” say the winners. 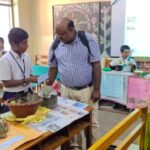 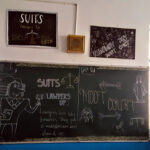