Audio: When India’s Independence came calling at the remote village of Mannankadu 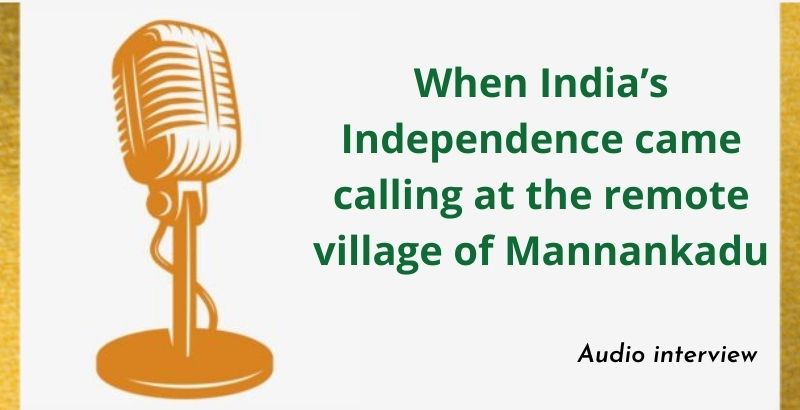 Eighty five year old Kaveri Ammal Duraiswamy, my paternal grandmother, lives in the village of Mannankadu in Thanjavur district of Tamil Nadu, India. She recollected bits and pieces of untold events not familiar to the current generation of villagers. She mentioned that no one has ever asked of those forgotten memories from some 75 years ago. The conversation was in the Dravidian language of Tamil which is a classical language and is spoken by some 80 million people around the world. Audio recorded on February 14, 2022, at Mannankadu.

Listen to the conversation

Across the road, near the Muniyan temple, south of Mani’s house and north of the mango tree was ‘GandhiKottagai’, a thatch-roofed shed. It was spacious, 12 feet high with no enclosure around it. People gathered there at all times for the shade and to socialize. If there was any speaker visiting the village they used it. Other times kids played under it singing the songs of the celebrated nationalist poet Bharatiyar’s song about India’s Independence. I was maybe 10 or 11 at that time.

Mr.Thothappan, a tall elder (nationalist freedom fighter) from the neighbouring Athivetti village (3 km away) used to visit. We did not know what year of the 1900s it was. People only followed the native calendar from the Tamil almanac. We children used to gather to greet the gentleman Thothappan with ‘Vande Madaram’ (Hail the motherland). He greeted us back with the same ‘Vande Madaram’. He would chant ‘Hail Mahatma Gandhi’, ‘Hail Subash Chandra Bose’ ‘Vande Madaram’ and ‘Hail Jawaharlal Nehru’ and we would chant along with him.

On the day the country became independent (from the British in 1947), under the Gandhi Kottagai shed, the village school teacher had us sing the verses from Bharathiyar.

‘Let’s sing and dance, we are free now!
We are free, we are all equal now!’

We went to sing at Kaththa Pillai shop (laughs at the memory). He spins yarns from local cotton. They had me and my friend Ponnammal go to his place to spin at the spinning wheel (a wooden spinning device). We, the children also spun thread out of the cotton using a smaller metal device called ‘Thakli’, made using a coin and umbrella spoke by the village smith. All Gandhians, not all villagers though, including Ponnammal wore only the ‘Khadi’ cloth (hand-spun as opposed to mill-spun) woven out of these threads. 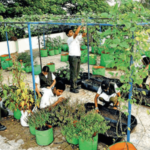 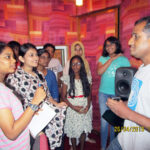 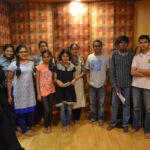