Exhibition of rare musical instruments. On till March 3, 2013

The Museum Department of the Tamil State Government has installed an exhibition of a number of rare and forgotten musical instruments of Indian and Tamil culture. The collection which features a variety of string, percussion, and beat instruments was inaugurated by senior veena artiste Gaayathri on Sunday, 24th February 2013 at the premises of the Government Museum, Chennai.

An ancient vedic veenai and a collection of drums used in olden Tamil days were on display. So was a remarkable collection of ‘yazh’s which are string instruments, similar to veenai, that have been extensively mentioned in Tamil Sanga Ilakkiyam like Puranaanuru, Kaliththogai, Paripaadal and Aattruppadai.

Naga yazh, matsya yazh, senkottu yazh, vil yaazh and mayil yazh stare majestically from behind the screens of a long forgotten era. Also on display were rudra veenai, and a huge panchamukha vadyam which is a near spherical drum-like instrument with 5 surfaces which was played during temple poojas.
This interesting exhibition is open till 3rd February 2013, Sunday. 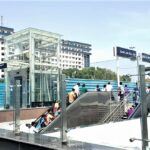 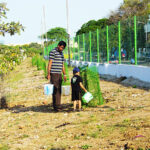