A date with heritage at Fort St. George

It is euphoria all over .Chennai has just celebrated its 375th birthday, Madras Day on 22nd August. The very next day we were at the iconic Fort St.George for a heritage walk conducted by Yocee.in, supported by the Archaelogical Survey of India, Chennai Circle.
The weather was pleasant and conducive for a heritage walk. Around 15 students and a few parents assembled in the parking lot opposite to Fort St. George. There was great expectation and curiosity amongst the participants as most of them were going inside the Fort St. George for the first time. At 9:15 a.m., after a tight security check, the wholw team was inside the Fort . We entered through the gate facing the beach and started to walk viewing all the architectural splendour. We first viewed, from outside, the Secretariat building and a cupola structure .

We were greeted by the staff of Archaelogical Survey of India (ASI) at the Clive’s Building. The Clive’s House was the place in which Robert Clive lived. It has very unique and decorative windows. It is now the main regional office of the Archeological Survey of India (ASI). It hosts an exhibition on transportation in Madras, held by the Chennai Heritage Lovers Forum. The participants were stunned viewing the old modes of transportation (some of which even doesn’t exist now) displayed in the exhibition, for example the river to lake lock system and tram system, the different modes of land transport and sea transport used in Chennai, the unique places as seen in old times, the manner in which British entered and many more.

Then, we visited St. Mary’s Church, built by the East India Company in the Indo – Saracenic style. It has the very famous painting, The Last Supper.
The next site was the Grand Arsenal. An area restricted only to defense, it has bulletproof arches and was used as a place to store guns and other weaponry. We then saw the NCC Officers Mess. It was known as the Nursing Sister’s Mess during the British era. We also learnt about the Namakkal Kavignar Maligai (a building of yore where exchange of currencies happened during the British rule) and the Parade Ground.

We then went to the very famous Fort Museum. Here, the curator explained to us in detail about the British armour, suits, oil paintings, print paintings, the middle age coins, commemorating medals, freedom fighters and a very interesting flag too! The participants saw the first Indian National Flag – hoisted at the Fort St. George on the 15th August 1947! A massive 8 Feet by 12 Feet in dimension, this is the only lasting flag in India now! Hearing this we were all filled with pride and patriotism.

We then walked back to the Clive’s House. After a refreshing snack , the children sat down to prepare their own Fort St. George – Chennai 375 years Scrapbook. The parents were given a word search game to find out the different areas in Chennai. The students were at their creative best while preparing the scrapbook.

The children received their certificate of participation in this Madras Week event from D. H.Rao, the Head of the Chennai Heritage Lovers Forum. He gave an awe – inspiring speech highlighting the legacy of Fort St. George and its rich heritage with the city, then Madras, Chennai now.

Post Views: 1,126
https://yocee.in/a-date-with-heritage-at-fort-st-george/2014-08-27T10:46:22+05:30Aswath SuryanarayananCity RoundupIt is euphoria all over .Chennai has just celebrated its 375th birthday, Madras Day on 22nd August. The very next day we were at the iconic Fort St.George for a heritage walk conducted by Yocee.in, supported by the Archaelogical Survey of India, Chennai Circle. The weather was pleasant and conducive...Aswath SuryanarayananAswath Suryanarayananaswath@yocee.inAuthorYOCee 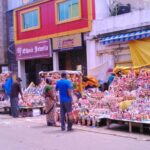 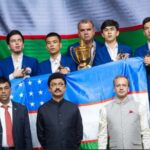 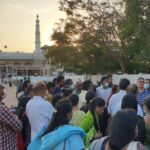 « For the young Chess enthusiasts in the city
P.S. Senior team wins regional finals of TCS IT Wiz Quiz »