Shekar Dattatri’s lifelong fascination with wildlife began at the age of 13, when he joined the Madras Snake Park as a student-volunteer. This led to photography and, later to wildlife filmmaking. His first film, ‘A Cooperative for Snake Catchers’, won the National Award in 1987 for Best Scientific Film. His next two documentaries were also National Award winners.

YOCee’s Student Reporter Sandhya Varadharajan caught up with him at a recent book launch. Sandhya shares the conversation here:

Q: You have written and published three books for children about animals like the Elephants and the Dolphins. Which is your favourite animal and why?

SD: All three animals that have been featured in my three books for Tulika – elephants, sea turtles and dolphins – are my favourites. That’s why I’ve written about them!

Q: When and how did you get attracted to wildlife?

SD: I’ve been interested in nature since I was about 6 or 7, but it’s only when I read books by the naturalist, Gerald Durrell, at the age of 10, that my fascination with nature became more focused.

Q: You seem to be a lover of Gerald Durrel’s books. Which is your favourite title?

SD: I’ve enjoyed each and every book of his and can still read them again and again without getting bored. Everyone must read his books. They are priceless.

Q: You must have travelled to a lot of places, inside and outside India. Which place according to you, from the aspect of wildlife, is the best?

SD: There is no such thing as a ‘best place’ in nature. Even the most ‘boring’ looking place for an uninitiated lay person can be full of fascinating things for the ardent naturalist!

Q: These days, children are terrified of the smallest of insects. Even in my school, all of us scream and get onto the furniture if a small cockroach is spotted. Then, how can we enjoy wildlife if we don’t even have the courage to face a cockroach or lizard?

SD: That’s where reading comes in. The more you understand about animals, the less afraid you will be of them. Going to nature camps with experts is also extremely useful in furthering one’s understanding of the wilds and getting comfortable in the outdoors.

Q: What role should schools and students play in wildlife conservation? What are the baby steps we can take to start enjoying wildlife?

SD: Given the pressures of school, tests and homework, it is unrealistic to expect students to play an active role in wildlife conservation. However, this is an excellent age to learn about things by reading, watching good programmes on TV, going to nature camps and even volunteering at the local zoo. Bird watching is a wonderful hobby that can teach one so much about animal behavior. It can be practiced alone and requires nothing more than a pair of binoculars, a bird field guide and a notebook. Anyone can take up bird watching as a hobby and watch birds anywhere. If a good ‘knowledge foundation’ is built up during childhood, you can participate more meaningfully in conservation as an adult.

Q: Is there any wildlife place that you haven’t gone to but would love to in the future?

SD: Tons of places within India and outside! Singalila National Park in Sikkim, the Everglades in Florida, the Australian Outback, the Kalahari Desert…..

Q: Nowadays, people read everything online. Have you published any of your titles as eBooks or in the kindle version?

SD: None of my books are e-books yet, but I hope my publishers will take note!

Q: How can a student make a career out of wildlife? What do you think about it?

SD: Nature is utterly fascinating. So get out and learn about it! The planet needs thousands of dedicated conservationists, and I hope you will each be one.

Post Views: 2,061
https://yocee.in/a-wild-journey-interview-with-shekar-dattari-conservationist/2021-07-29T17:29:57+05:30Sandhya VaradharajanInterviewstiger,wildlifeShekar Dattatri’s lifelong fascination with wildlife began at the age of 13, when he joined the Madras Snake Park as a student-volunteer. This led to photography and, later to wildlife filmmaking. His first film, ‘A Cooperative for Snake Catchers’, won the National Award in 1987 for Best Scientific Film....Sandhya VaradharajanSandhya Varadharajansandhya@yocee.inAuthorYOCee
tiger, wildlife 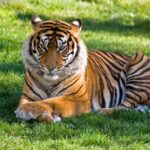 Protecting the tigers, the Assam way 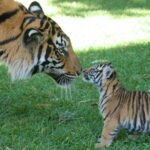