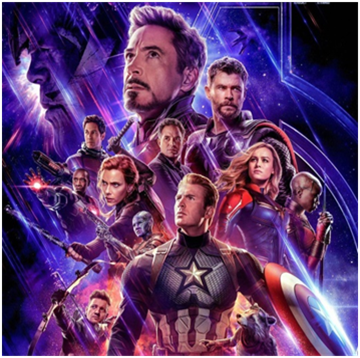 Avengers Endgame is the follow-up to Infinity War, it is probably the biggest movie of the year. It is the 22nd movie in the Marvel Cinematic Universe. In this film, the Avengers who survived the decimation (the snap) done by Thanos will try to revert the actions of Thanos. This 3-hour long movie is sure to be a big hit among fans and also at the box office.

The hype for Endgame has been probably the highest for any recent movie as it has been hyped for more than a year after we were left in the cliffhanger climax of Infinity War. Especially the number of special looks which were rolled out by Marvel made fans go berserk. Even though very little is known reviews after the world premiere has given a lot of praise for Endgame.

The term Endgame is actually a chess term which refers to a point in a chess game where very few pieces are left just like how only a few Avengers are left. Moreover, both the king and the pawns become significant. The king becomes an aggressive piece just like how Iron Man, Hulk, Captain America and Thor are expected to be while the pawns may be used to replace them with a piece of higher value the way ant man’s role is expected to be. In fact, the term ‘Endgame’ has been used by both Doctor Strange and Iron Man have used the term before.

The movie is sure to change the MCU as it has been for the past 11 years and will surely be an epic conclusion to the past 11 years of the MCU. This will also be an exciting addition to the MCU which has films like Iron Man, Captain America, Thor, Ant Man, the other Avengers movies and the Oscar-nominated Black Panther movie.

Marvel fans have long been speculating that there would be a lot of time travel in the movie, due to leaked set photos and possible appearances of past characters. Fans also think that at least a few important characters like Iron Man and Black Widow may die and that Captain America may retire by the end of the film. adding belief to this idea is that it has been confirmed that there is going to be a huge funeral at the end of the film. last but not the at least it is expected that some character like Ant Man would kill Thanos.

The future of the MCU is expected to change a lot as at least a few heroes may die or retire. The only two confirmed movies after Endgame are Spider Man: Far From Home and Shang Chi, the 1st Asian superhero movie. Though the future of the MCU is unclear what is sure is that Avengers Endgame is going to be a film which will be hit among all Marvel fans as well as at the box office and could possibly become one of the best movies in the MCU.