Running with responsibility for a clean environment 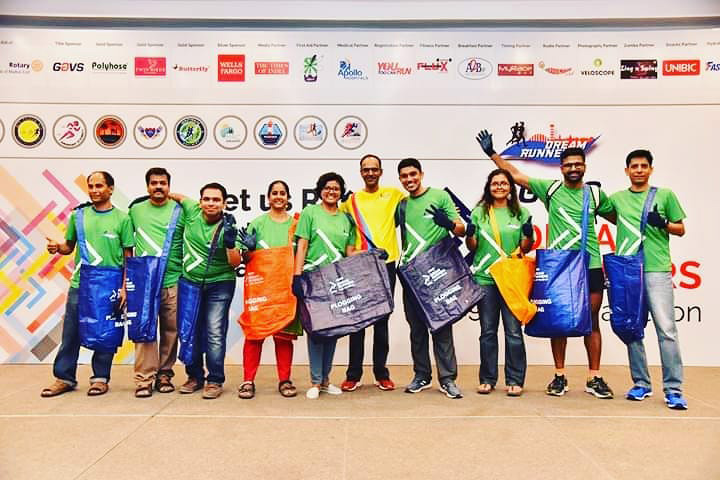 Plogging is a new fitness trend that is quickly making its way around the world. It is a combination of jogging and picking up litter. Ploggers carry a bag to collect the litter while jogging.

Plogging started at an event in Sweden around 2016 and by 2018, it had spread to other countries creating an awareness of plastic pollution. All joggers who environmentally conscious have started actively involving in it.
Plogging not only helps to reduce the amount of plastic ending up in landfills, but it also acts as an additional work out for the body as Ploggers have to bend, squat, and stretch along with jogging. Studies have proven ploggers also burn extra calories when picking up trash rather than simply jogging.

Dream Runners Half Marathon is the first event in Chennai to have introduced plogging to increase the awareness of ‘Run clean, Run responsible’. Some ploggers from Dream Runners are Akash, Ganesh, Haripriya, Kamalraj, Navin, Parthasarathy, Satheesh, Srini, Dr. Sruti and Vasudha.

If everyone takes up this initiative, Earth could be a much cleaner and more sustainable place.
As Satheesh from Dream Runners says, “Even though ploggers pick up litter during their run, runners themselves should be more responsible and not litter while they run.”

Adhiti is a middle year student in school. She likes to keep fit by playing basketball and swimming. She has a keen interest in painting and dancing art forms. A student reporter at YOCee, she loves journalism.