Sargam choir decided to celebrate Gandhi Jayanthi with a musical tribute by children. The tribute was online this year.

A group of children were trained to render ‘Vaishnava jana to‘, the song that evokes the memory of Bapuji. This song is said to have been written in the 15th century by the famous poet Narasimha Mehta. The meaning of the song goes like this:
Call those people Vaishnav who
Feel the pain of others,
Help those who are in misery,
But never let pride enter their mind.

This song is one of the favourite hymns of the freedom fighters before the independence of India. This song is also much relevant in this COVID-19 times.

Sargam choir is the brainchild of Dr.Sudha Raja who trains adults and kids, not the usual traditional classical and devotional songs, but folk, patriotic, secular songs spanning 14 Indian languages. Harmony is juxtaposed in Indian music.

As online is the new normal, Dr.Sudha Raja decided to launch this as a Youtube video online. She chose seven young singers ranging from 4 and 1/2 years to 9 years. And taught them the song Vaishnava jana to with meanings of the lyrics as the song is in Gujarati. She says, “When a song is edified with the meaning the children can soulfully render the song.”

She taught them the song two days before Gandhi Jayanthi. Later, she asked each student to record their video and send them to her. “I decided the dress code to be maroon and asked them to dress up in that colour. The children were really excited to be part of the choir.” Dr. Sudha Raja says.

The tiny tots who participated in the choir are Avanthika, Maya, Ananya, Laya, Adith, Ishika, and Aaradhya. 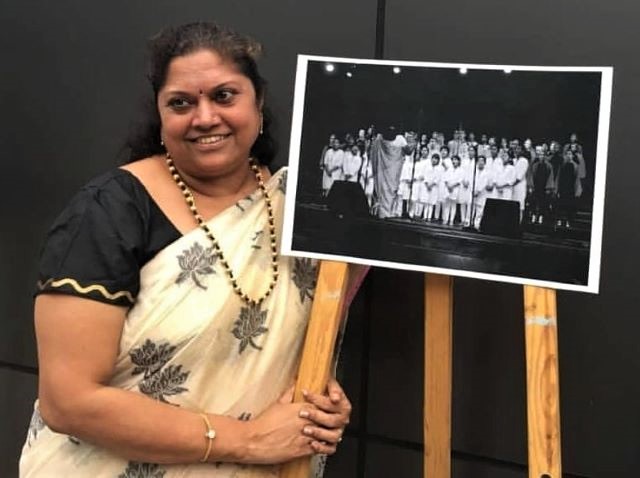 The children who sang the song sent the videos to her another student Sudharshanam Balaji, who beautifully organised them and uploaded the video on Youtube. “Sudharshanan Balaji used to be a part of YOCee, when he was in school,” Dr. Sudha Raja informs.

Dr. Sudha Raja shared her experience of training the children and making the video as a tribute to Mahatma Gandhi, with this reporter over the phone.

Post Views: 3,620
https://yocee.in/sargam-choir-commemorates-gandhiji-on-his-birth-anniversary/https://yocee.in/wp-content/uploads/2020/10/sargam-choid-kids.jpghttps://yocee.in/wp-content/uploads/2020/10/sargam-choid-kids-150x150.jpg2021-01-10T05:34:48+00:00Medha RCity Roundupchildren choir,Choir,gandhi jayanthi,lockdown music,sargamSargam choir decided to celebrate Gandhi Jayanthi with a musical tribute by children. The tribute was online this year. A group of children were trained to render 'Vaishnava jana to', the song that evokes the memory of Bapuji. This song is said to have been written in the 15th century...Medha RMedha Rmedhar@yocee.inAuthorMedha is a pre-teen girl who loves listening to all genres of music, loves to draw and paint, passionate about cooking and baking and eating it too. A heritage enthusiast, aspiring gymnast, a budding basketball and badminton player, she enjoys cycling and loves spending time with friends and family.Yocee
children choir, Choir, gandhi jayanthi, lockdown music, sargam 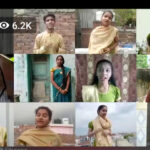 Teens Choir joins concert for a cause