On July 6, 2013, St.Ursula’s AIHSS conducted the school’s Annual Sports Meet.
As the UNO had declared 2013 as the year of water co-operation, the school adopted the theme for the Meet this year.

The audience and the participants stood as the School Band began playing to announce the arrival of our chief guest – Sadai Sa. Duraisamy, Mayor of Chennai Corporation He is also well known for his Manidhaneyam, a free coaching centre for select candidates preparing for the IAS and IPS examinations.

The first and the much awaited event of the day was the march past led by the School Pupil Leader followed by the four competing teams, each of which was led by their respective captains. The first team to make their entrance was last year’s champions – St.Josephs followed closely by St.Cecilians the first runners up, St.Katherines the second runners up and St.Teresas. Right after the march past, the Opening Ceremony performed by Std 8, stressing the need for water co-operation.

The chief guest declared the Sports Meet open and delivered an inspiring speech. Then, began the dazzling display of creative and sprightly class items. The ‘Jumping Jelly Beans by Std 10 where the students walked using a long plank of wood and jumped over rungs of ladders, ‘Splish Splash Fishes’ by Std 1, ‘We are the champions’ by Std 5, a drill on the benefits of recycling by Std 6 and 7 and many more. The throwing and jumping events had already taken place and the score as such was 41-39-39-25, with St.Katherines at the lead, St.Cecilians and St.Josephs tied for second place and St.Josephs following closely.

One could sense the excitement in the crowd once the track events which included the 100m, 200m and 400m race, battle relay and hurdles both for juniors and seniors, began. The score came up to 73-70-67-78 and then there was a game conducted for the parents and the alumni.

Ms.Thirush Kamini, a cricketer and former pupil of the school distributed the prizes to the winners. The final scores were 92-99-91-96, crowning St.Cecilians the winner of the Annual Sports Meet 2013-14. The captain lifted the trophy with prde as the team cheered with delight.

The first runner up was St.Teresas and the march-past shield was awarded to St.Josephs. The day ended with some unexpected results but in the words of Michael Jordan ‘Some people want it to happen, some wish it to happen, some make it happen’.

Post Views: 476
https://yocee.in/surprises-mark-the-sports-day-at-st-ursulas/2013-07-12T21:33:31+05:30Diya Teresa BSchool Buzzchennai,Sports,St.UrsulasOn July 6, 2013, St.Ursula’s AIHSS conducted the school’s Annual Sports Meet. As the UNO had declared 2013 as the year of water co-operation, the school adopted the theme for the Meet this year. The audience and the participants stood as the School Band began playing to announce the arrival of...Diya Teresa BDiya Teresa Bdiyateresa@yocee.inAuthorYOCee
chennai, Sports, St.Ursulas 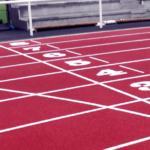 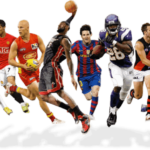 Active ballgame in an inactive position 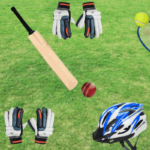 Waiting for the world of sports to open up