On March 15, 2020, I came home, and my mom came and told me that the school was closed for the next 15 days because of COIVD-19. I was devastated, but part of me felt relieved since I would feel nervous before all exams even though I usually ended up with amazing scores. I knew that school would restart after 15 days. History followed its course, and as we all know, the newly phrased ‘lockdown’ was extended by our Prime Minister Narendra Modi. And I knew after that the School holidays would resume.

I felt a bit bad since I had not said goodbye to my friends and teachers at school.

I received some homework, but after that, I felt a bit empty, since school was a part of my life. At home I learnt more than I ever heard through online courses I found, I began helping around the house, and it soon became my routine.
I called my friends and talked to them, which made that emptiness feeling go away a bit. I enjoyed watching MasterChef at home, reading more books, experimenting, cooking, and much, much more.
So, this lockdown was not a bomb of devastation, it was a fortress of opportunities unlocked. I began to understand myself more, and I felt extremely excited when the school announced that there were online classes would start in a few weeks.

As I learnt increasingly, not only about myself, about others, and what I liked. When I found out that SpaceX and NASA were launching astronauts to the ISS, I jumped in excitement. I sat in front of the TV and had everything set up and began to watch it live. After a while, the mission got scrubbed, because of weather reports. The next day when they tried again, Dragon (the spacecraft they were riding) successfully docked with the ISS. I felt so happy since I am a huge supporter of SpaceX and NASA.

After that, I received an update from my school about my online classes, and my excitement multiplied since I was going to meet my friends and I was finally going to learn the way I liked to.

The day before the first day of online classes began, I had set everything up in my small makeshift ‘workspace’ and went to bed, but unable to sleep because of my said excitement. The next day I was woken up by my mother exceedingly early, and I did my morning chores and sat in front of the computer, and going on the online class.

It turned out that I was 1 and a half hours early, so I read a book and watched another episode of MasterChef. After that, I realized that I was still about 30 minutes early. But I still entered it, and some of my friends were already there.

I really enjoyed the classes and felt grateful to be a member of this great school.

So, for you, it might have been a not so wonderful experience for you, but for me, it was one my best. Thank you, and I hope this changes your opinion on COVID-19.

Post Views: 706
https://yocee.in/the-day-i-came-home-school-was-closed/https://yocee.in/wp-content/uploads/2020/06/school.pnghttps://yocee.in/wp-content/uploads/2020/06/school-150x150.png2020-06-02T22:39:15+05:30Vishal RameshThe Write Trackholiday,schoolOn March 15, 2020, I came home, and my mom came and told me that the school was closed for the next 15 days because of COIVD-19. I was devastated, but part of me felt relieved since I would feel nervous before all exams even though I usually ended...Vishal RameshVishal Rameshvishal17_ramesh@yoicee.inAuthorYOCee
holiday, school 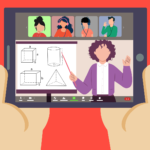 Would we miss online classes? 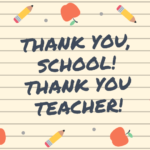 My school! My teachers! 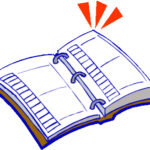 « Writer’s block, we have all been there
Feeling stuck about what to write or where to begin! »